In Rome there are more than 900 churches. Since Emperor Theodosius I recognized Christianity as the official religion through the Edict of Thessaloniki, in the year 380, the number of churches in Rome began to grow, making this city the world center of Christianity as it is the residence of the Pope.

During the Middle Ages, many buildings of the Empire were destroyed to build new churches, as in the case of the Colosseum. Many parts of the buildings from this period, and for centuries a symbol of Roman culture, were demolished or reused to make way for new buildings, such as cathedrals and churches.

Once the Renaissance had entered, old religious buildings entered into decline and were demolished, but in their place new examples of religious art were built, whose maximum expression was reached at the beginning of the 17th century, with the consecration of the Basilica of Saint Peter, a work of Bramante and Michelangelo.

The Four Major Basilicas of Rome

In the world there are four major basilicas, the four highest-ranking Catholic temples: San Pedro, San Juan de Letrán, San Pablo Extramuros and Santa María la Mayor. These four basilicas are also distinguished by having a holy door and a visit to it is always mandatory to win the Roman jubilee.

In addition, they have a main altar for the exclusive use of the Pope. Peter’s Basilica is located in Vatican City and the others are in Rome, although they formally belong to the Holy See. Saint John Lateran, seat of the Bishop of Rome (the Pope), is the oldest and first in the established order of papal basilicas. The rest of the churches that have the title of basilica are minor basilicas.

St Paul Outside the Walls 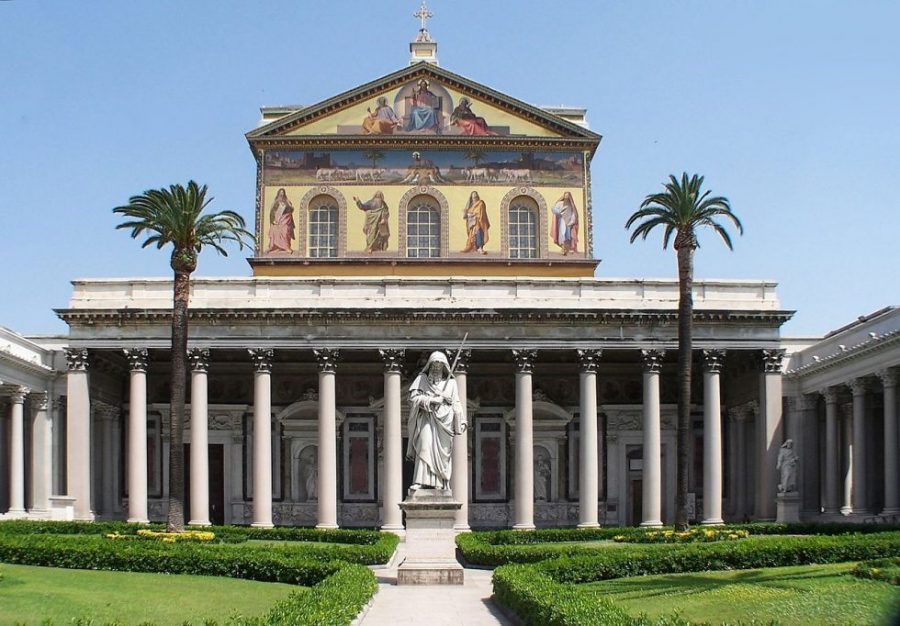 The Basilica of San Paolo fuori le Mura is one of the four papal basilicas in Rome and the second largest in the city, behind that of Saint Peter. Saint Paul is buried there. 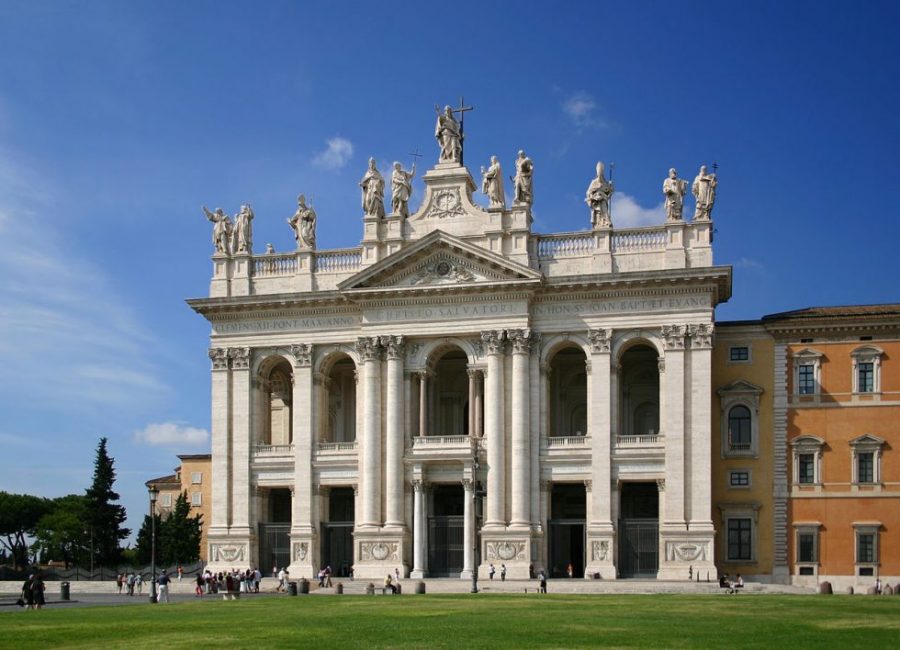 Erected in the 3rd century, Saint John Lateran, also defined as the “mother of all churches”, is one of the four papal basilicas in Rome along with Saint Peter, Saint Paul Outside the Walls and Saint Mary Major, as well as the oldest of Christianity.

The Basilica of Saint Peter in Rome, located in Vatican City, is the most important religious building in the world, it houses the Holy See and is the church of the Pope. However, it is neither the official seat of the pope, nor is it the first basilica in Rome, since this honor is held by Saint John Lateran.

The Basilica of Saint Peter in Rome, located in Vatican City, is the most important religious building in the world, it houses the Holy See and is the church of the Pope. However, it is neither the official seat of the Pope, nor is it the first basilica in Rome, since this honor is held by Saint John Lateran.

If in all of Italy the churches are worth it, in Rome, seat of the Catholic Church, your visit becomes essential.

In addition to the basilicas already mentioned, in Rome all the churches are worth visiting. Headquarters of the Catholic Church, below we make a selection of some of the most interesting.

The Basilica of Santa Maria in Trastevere is one of the most important churches in this neighborhood. Located in the beautiful neighborhood of Trastevere, it still retains its medieval character despite the reforms it has undergone over the years. Founded in the 3rd century by Pope Calixtus I, the church underwent a major reform during the papacy of Innocent II.

Santa Maria sopra Minerva is one of the minor churches in Rome and one of the most beautiful. A few steps from the Pantheon and located in the Pigna rione, it is considered the only Gothic church in the city. It was built in the 13th century on the remains of an ancient Roman temple, dedicated to the goddess Minerva, and was completed in 1370. Since 1566 it has been considered a minor basilica. The Renaissance façade contrasts with its fascinating Gothic interior.

The interior stands out for its blue and gold vaults, as well as its monumental marble columns. To the left of the main altar, there is the sculpture of Christ the Redeemer by Michelangelo, embracing the cross; and near it, the tomb of Fra Angelico and Santa Catalina de Siena. In addition, the Medici popes Leo X (a contemporary of Luther) and Clement VII, from the Sack of Rome by the troops of Charles I of Spain and V of Germany, are buried.

Located in Piazza della Minerva, there stands one of the obelisks of the Eternal City, and on which rests an elephant designed by Bernini. 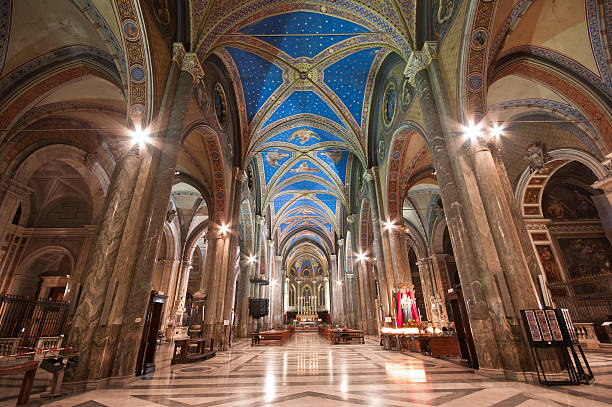 Santa Maria in Cosmedin is a medieval church best known for housing the Boca della Verità in its porch. The church, one of the smallest in Rome, was built in the 6th century on the remains of the Temple of Hercules in the Forum Boarium. Inside, sober and austere, is a crystal reliquary with the skull of Saint Valentine, the patron saint of lovers.

Il Gesú is the mother church of the Society of Jesus. It was the first Jesuit temple in the world. Ignatius of Loyola himself commissioned the design to Michelangelo. Its facade is recognized as the first truly Baroque and was the model for countless Jesuit churches around the world. The temple does not have side naves, but it does have small chapels that make it possible for the congregation to stand in front of the main altar. In addition, the fresco on the vault of the nave, made by Baciccia, and accompanied by wooden and stucco figures that give it a three-dimensional appearance, is striking.

Built in the middle of the 5th century to store the chains with which Saint Peter was imprisoned in Jerusalem, it is famous for housing the sculpture of Moses by Michelangelo. According to legend, Empress Eudoxia, wife of Emperor Valentinian III, offered the chains as a gift to Pope Leo I the Great. When he compared them to those of the martyr’s first incarceration in the Mamertine jail, the two miraculously came together.

The Basilica of San Pietro in Vincoli is a very sober temple that reminds others and contrasts with the baroque opulence of some churches. In addition to the hidden chains in the main altar, another attraction of the basilica is the mausoleum of Pope Julius II, guarded by the impressive sculpture of Moses and made between 1505 and 1515.

The Basilica of Santa María de Aracoeli is located on the highest peak of the Capitoline Hill, next to the monument to Victor Manuel. The church was built on top of a Byzantine abbey in the 6th century. Taken over by the papacy in the 9th century, the church was first handed over to the Benedictines and later, by papal bull, to the Franciscans, when it took on the Romanesque-Gothic form.

During the Middle Ages, it became the center of civil and religious life in the city. The Aracoeli staircase, built in 1348 and made up of 124 steps, commemorated the end of the plague epidemic. At the foot of its steps, condemned criminals were executed. The basilica is also known for the wooden carving of the Christ Child, who is said to have the power to raise the dead. For this reason, it is highly appreciated by the Roman people. The church is made up of 22 columns taken from ancient Roman buildings.

It is one of the most surprising churches in Rome due to the macabre treasure it houses. Los Capuchinos, located on Via Veneto, was built in 1626 by Pope Urban VIII.

The crypt of the Capuchin brothers is striking, whose remains were transferred to the temple from the main cemetery between 1528 and 1870. Five chapels decorate the walls with bones, even some monks are found mummified and dressed in Capuchin clothing. Fra Antonio Marcello Barberini ordered that the bones be arranged in an artistic way.

The Basilica of San Clemente de Letrán is dedicated to Pope Clement I. In addition, the temple is an archaeological record of the religious, political and architectural history of Rome. The original church was built on land owned by Tito Flavio Clemente. The house was used for secret meetings when the Christian religion was prohibited.

Later, a small temple dedicated to Mithras was built. Years later a large room was built which, after the end of the Christian persecution in 313 AD, would become a basilica. The church was extensively damaged during looting in the 11th century, leaving it abandoned and buried five meters below street level. Right there, a new church was built under the orders of Pope Pascual II, which would be completed in 1108 and is the same one that remains to this day.

Located in Piazza del Popolo and next to the north gate of the city, the temple stands out for its great Renaissance artistic wealth, with works of art by Caravaggio, Raphael, Bramante or Bernini, among others. The first building was a chapel over the tomb of Nero.

For this reason, the Romans thought that a haunted walnut tree grew in the place where he had been buried and in which the crows always rested. To put an end to this legend, Pope Pascual II, in the year 1099, had the tree cut down and a Romanesque chapel built on the same spot.

Until the fifteenth century, the chapel underwent various modifications. Starting in the 16th century, the walls of Santa Maria del Popolo were filled with paintings by the most renowned Renaissance artists. 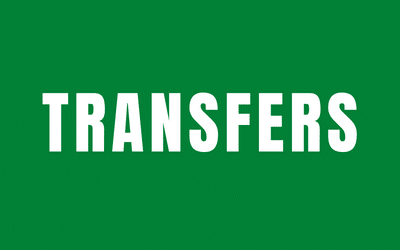